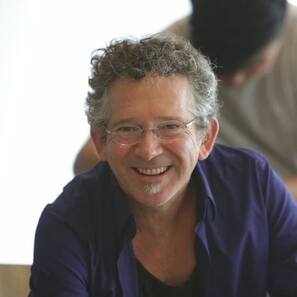 Christopher Bayes began his theater career with the internationally acclaimed Theatre de la Jeune Lune where he worked for five years as an actor, director, composer, designer and artistic associate. In 1989 he joined the acting company of the Guthrie Theater where he appeared in over twenty productions. His roles included Caliban inThe Tempest, Edgar in King Lear, The Herald in Marat/Sade and Harlequin in Triumph of Love. In 1993, commissioned by the Guthrie Theater, he produced his one-man show This Ridiculous Dreaming based on Heinrich Boll’s novel The Clown.

In New York, he has directed The Servant of Two Masters at Theatre For A New Audience, Red Noses by Peter Barnes,Four by Feydeau, The Bourgeois Gentleman, The Moliere One Acts, and The Love of Three Oranges by Carlo Gozzi at the Juilliard School; The Imaginary Invalid by Moliere, The New Place by Carlo Goldoni, We Won’t Pay...by Dario Fo, and his new adaptation of Moliere’s The Reluctant Doctor of Love for New York University’s Graduate Acting Program; The Raven by Carlo Gozzi at NYU’s Experimental Theater Wing; Ubu Roi at both NYU’s Experimental Theater Wing and Fordham University; and Timeslips at HERE.

Additionally, he has staged several original works including Wreckage at P.S. 122, The Big Day (a clown show)and The Fiasco Bro. Circus at the Juilliard School, Zibaldoné at HERE and the Present Company Theatorium,The Fools/Los Locos Del Pueblo at Touchstone Theater, Necromance, A Night of Conjuration at Dixon Place,Clowns. at the New York International Clown Festival and The Public Theater and Even Maybe Tammy at The Flea.

Outside of New York, his directing credits include Servant of Two Masters (Yale Rep, Shakespeare Theater, Guthrie Theater, Arts-Emerson and Seattle Rep), Doctor In Spite of Himself ( Intiman Theater, Yale Rep, Berkeley Rep), Accidental Death of an Anarchist ​(Yale Rep, Berkeley Rep), co-production of Scapin at the Intiman Theater in Seattle and Court Theater in Chicago, Comedy of Errors at the Idaho Shakespeare Festival, Len Jenkin’s new adaptation of The Birds at Yale Repertory Theater, Endgame at Court Theater, The Moliere Impromptu at Trinity Repertory Theater.

He was part of the creative team for the Broadway and Touring productions of THE 39 STEPS for which he created additional movement and served as Movement Director. He also created the Movement/Choreography for John Guare's Three Kinds of Exile at The Atlantic Theater.

He has received numerous awards and grants including a Jerome Foundation Travel/Study Grant, a General Mills Foundation Artist Assistance Grant, and both a Minnesota State Arts Board Fellowship Grant and a Career Opportunity Grant. He is a 1999/2000 Fox Fellow.

He has served on the faculty of the Juilliard Drama School, the Actor's Center (founding faculty & master teacher of physical comedy/clown), Yale School of Drama, the Public Theater’s Shakespeare Lab, the Academy of Classical Acting at the Shakespeare Theater in Washington D.C., New York University's Graduate Acting Program and Tisch School of the Arts. His most recent position was that of Clinical Professor of Theater, Speech and Dance at Brown University and Director of Movement and Physical Theater at the Brown/Trinity Consortium. He is currently Professor and Head of Physical Acting at the Yale School of Drama. 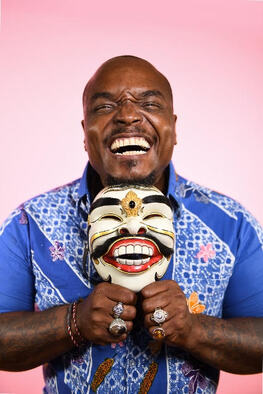 He earned a BFA in Performing Arts from the Savannah College of Art and Design in 2007.

Ralf completed the improv program at People’s Improv Theater, studying with teachers like Chris Griggs and Ali Farahnakian, and also took improv master class there with the legendary Centralia. He studied at Magnet Theater with Megan Gray. Ralf also played with his indie improv team, The Hand Me Down’s, for four years, who were coached by Sean Taylor and Shawn Wickens of the Magnet as well.

Ralf has acted in more than a dozen plays, including The Elephant Man, and Historiy of America Abridged, and half a dozen short films such as Thoreau, released in 2019, directed by Gustavo Gonzalez.

Ralf spent most of 2012 riding his bicycle around the United States as `Speare Bearer, a one-man theater troupe performing his repertoire of Street Shakespeare scenes in which he played all the characters, which he developed with his collaborator Jolie Tong. In 2017 Ralf debuted a one-man show, at Gamba Forest in Brooklyn, called WHAT SHOULD BE THE FEAR that chronicled this tour, co-written and directed by Jolie as well, produced by Ralf and BK Wildlife.

Ralf has also written raps and songs most of his life. He performs music as Precious Gorgeous. He is part of a NY based artists’ collective known as the #BlackGodPantheon. In 2019 he released his first album, Tryna Get My Live Together, which Ralf wrote and produced. The entire album was recorded live in one take with a full band.

Ralf has most recently sat in with acclaimed NYC hip-hop improv teams OffTop and North Coast as a featured player, and coached PIT house-team, At the Diner. Spring of 2020 Ralf began teaching Clown as an adjunct professor for Brooklyn College.
​ 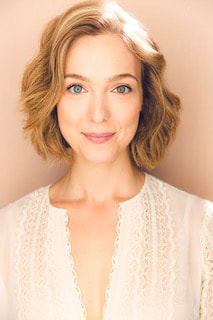 ​Annelise Lawson is a New York-based actress and theater maker.  After first studying with Christopher Bayes at the Yale School of Drama, she’s since collaborated with him both in the rehearsal room and out – training with him as a teacher’s apprentice and going on to become a founding member of The Pandemonium Studio.

As a teacher, Annelise’s work focuses on developing technique and style through students’ personal sense of fun.  Her areas of expertise include Clown, Commedia dell’arte, and the Russian Étude method – an improvisatorial rehearsal tool designed unleash an actor’s imagination into the world of the text.

Outside of The Pandemonium Studio, Annelise teaches Chekhov and Shakespeare at the Yale School of Drama, NYU Tisch School of the Arts (New Studio), and the New School for Drama.

Annelise has previously taught at the Shakespeare Academy at Stratford, the Stella Adler Conservatory, and the international LungA Arts Festival in Iceland.

As an actress and maker of collaborative theater, her recent credits include Anna in Babes in the Woods (world premier, Signature Theater), Edmund in MONUMENT (HERE Arts Center; LungA Arts Festival), The Clown in I Should Have A Party for the Thoughts I Didn’t Say (San Francisco International Arts Festival), Helena in MIDSUMMER (The Araca Project), and Masha in Dmitry Krymov’s √3 Sisters (International Festival of Arts & Ideas).  Other credits include Arcadia (Yale Repertory Theatre) The Oresteia, Our Lady of 121st Street, ...And Sometimes Why?, The Troublesome Reign of King John, The Tempest, In Arabia We’d All Be Kings, (Yale School of Drama); Middletown (Yale Summer Cabaret); The Secretaries, (Yale Cabaret), and The Madness of Edgar Allan Poe (First Folio)

She holds an MFA in Acting from the Yale School of Drama, and certificates in Acting from American Conservatory Theater, the British American Drama Academy, iO Chicago, and the Moscow Art Theater. 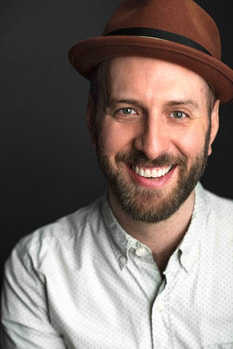 ​Gabe Levey is an actor, teacher and theatre maker straddling the divide between Northampton, MA and Brooklyn, NY.

Over the last 12 years Gabe has collaborated with Christopher Bayes as a student, teaching apprentice, actor, assistant director and teacher. Now, joining together to create The Pandemonium Studio could not be more of a thrill.

In addition to Acting as Play at The Pandemonium Studio, Gabe teaches Physical Acting, Clown, and Shakespeare as Play at NYU Tisch School of the Arts, New Studio.

In Northampton Gabe teaches The Fun of Failure and Acting as Play at Completely Ridiculous Productions, a brand spanking new Training Center and Theatre Lab for the development and performance of theatrical comedy, founded in 2019. www.completelyridiculousproductions.com

A maker of theatrical comedy, Gabe's original work includes the clown duet Dwellicle 109 (IRT); the solo show Brainsongs or the play about the dinosaur farm (Yale Cabaret); an ensemble piece And now we do LINDBERGH’S FLIGHT by Bertolt Brecht (Yale Cabaret); The Most Beautiful Thing in the World (Yale Cabaret/Boston University/Cloudcity); How to Help the Self Needs Help with Carol A. Jantsen (The Peoples Improv Theater); and most recently A Super Serious and Not at All Funny Reading of Stories I Wrote After Brain Surgery, which kicked off Completely Ridiculous Productions first season of new work at the Northampton Center for The Arts.